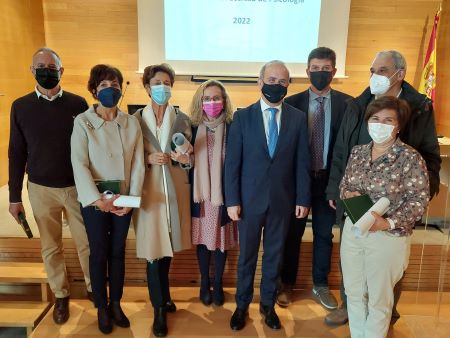 For this year’s celebration of the patron of Psychology, on 24 February in the Faculty of Psychology, UNED, in Madrid, Professor Ángel Gómez had the honor to give a master class on his theory of identity fusion and his experiences in studies in prisons.

After a brief review of the reasons and the origins of the theory, he summarized the fascinating results of some of the recent investigations of his research team.

For these studies, they interviewed – among others – fighters and ISIS terrorists in Iraq; and visited more than 30 prisons all over Spain to study the minds of more than 500 prisoners: jihadists, members of Latino-gangs or Delinquent bands, and non-radicalized M​uslims. Their findings on the importance of spiritual force and the will to fight mean to contribute to the creation of models for the prevention of radicalization and tools to assess the risk of radicalization in prisons.

Watch the Conference video: What I/we learned in prison

We use cookies on our website to give you the most relevant experience by remembering your preferences and repeat visits. By clicking “Accept All”, you consent to the use of all the cookies.
Read More Reject All Accept All
Manage consent